The interface of the online portal used by school officials and yearbook representatives was unintuitive and difficult to navigate, which negatively impacted the accessibility of available information.

By refreshing the UI of the portal, I was able to make a number of interface improvements that puts each user closer to the information they need to access.

As the UX/UI designer for this project, I was responsible for conducting the research that would serve as the groundwork of the redesign and the development of the new concept and all interface components and assets.

I worked on this project as part of the Marketing Department of Cady Studios, and with members of the Technology Department to coordinate timelines and keep in sync with the dev team.

My goals for this project were the following:

Feature live data and important information on the landing page

Support users in learning about the new interface

Used by school staff and administrators, MyPortal is a resource used by school officials to check the status of photography related events and perform other student data related tasks.

I began the research process by sending surveys to the current school personnel who utilized the portal to assess the nature of their engagement.

According to the responses I received, I learned that users felt that information was hard to find, the interface felt unintuitive, and that navigational cues was not clear and overt.

Survey data also gave some insight on what information was considered high-priority to the user. I used this information as a guide when determining what needed to be prioritized within the UI. 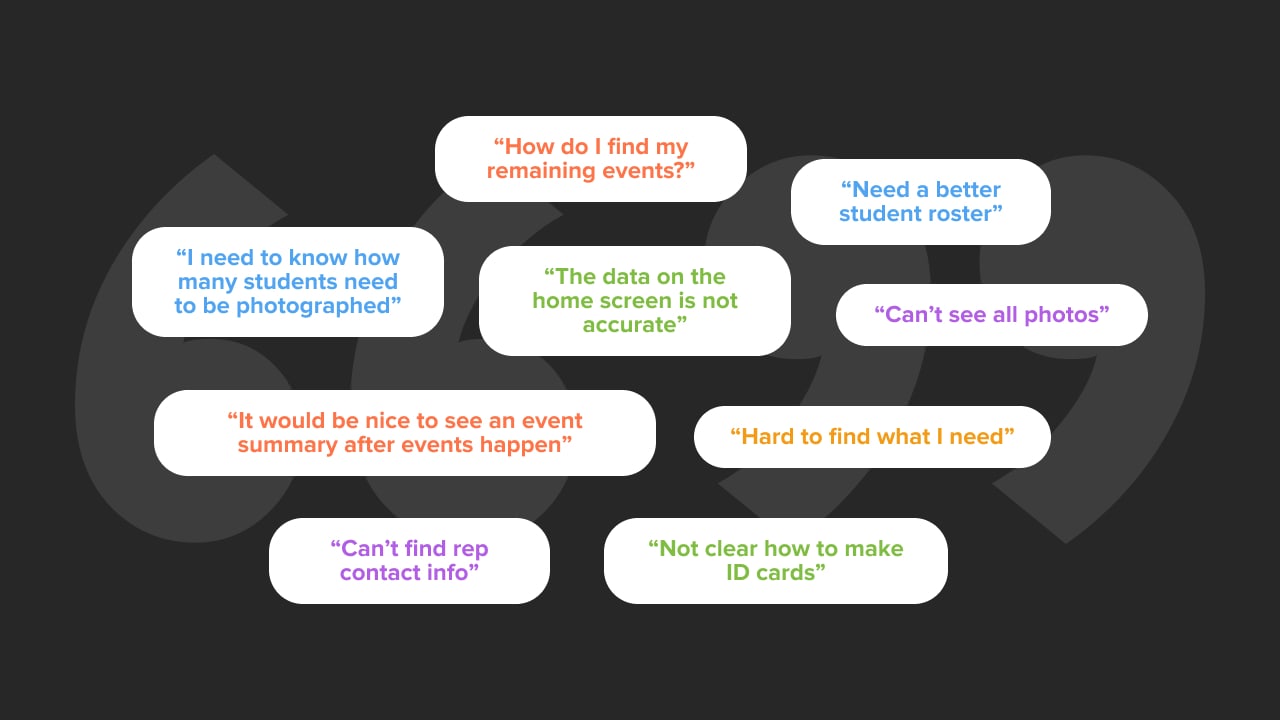 During the design stage I worked with the development team to determine timelines and project scope. I established an outline of the page structure, also detailing what new features would be added. 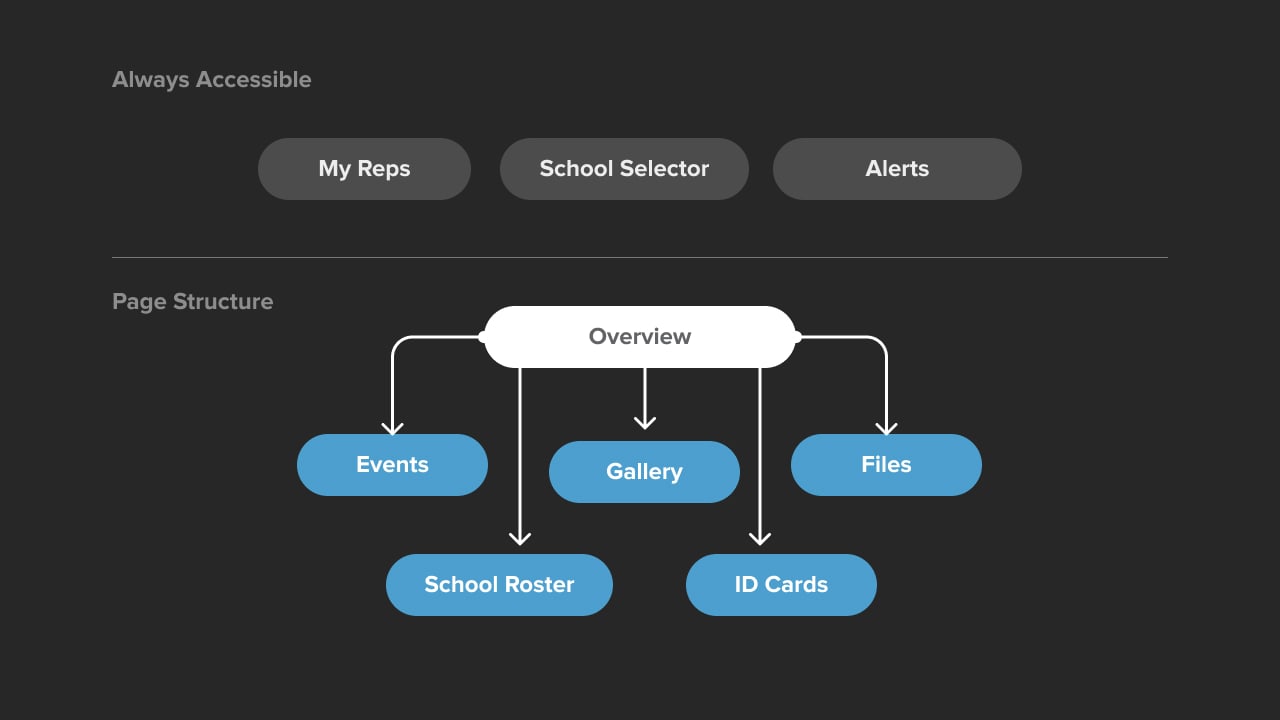 I created wireframes of the portal, iterating with feedback from the implementation and marketing teams until the interactive prototype was finalized.
‍
This was reviewed with members of the executive team before being approved for buildout.

To help introduce users to the new portal, I also produced a quick video tutorial that went over the new interface and features. This would be released during launch.

By placing live widgets on the overview page, users now have quick access to the information most important to them without having to navigate through the interface.

The student and faculty information areas were updated with filters and search functions so that portal users could quickly find individuals with the same status and take action.

To alleviate the need to email large files, the revised portal features a file upload system that can be utilized as a way to store and share files between members of the school.

Used frequently by school administrators to generate student ID cards, the interface for creating IDs was updated to be clearer and easier to navigate.

A new notifications system was added to give admins the ability to choose how they receive updates in regards to different kinds of events.

Reception was positive, with 92% of respondents sent a satisfaction survey after launch rating the new portal as “moderately improved” to “greatly improved”.

Respondents also rated the live data provided by the homepage widgets to be clear and informative.

Initial feedback from customer support was also positive, as the instructional video helped to alleviate questions or concerns users had in regards to the new portal.